Following a 1963 survey of the Clare Area by the Barossa Valley Rotary Club, the Rotary Club of Clare was formed in August 1964 at a meeting in the Assembly Room of the Clare Town Hall. Thirty members were present at this meeting, chaired by Ian Seppelt (Barossa Rotary Club) and addressed by Messrs D Clarkson, R Steer and J Ackland. Office Bearers appointed at this inaugural meeting were:

The Charter Night Celebration, held on February 27, 1965 was attended by 267 people connected with the Rotary movement. They saw District Governor, John McArthur, present the Charter and the President’s plaque to Hugh Knappstein. In 1995, after 30 years as an all male club, the members welcomed the Director of Nursing at Clare Hospital, Mavis Martin, as a new member. She became their Secretary in 1995/96 and then worked for 12 months at a monastery in Nepal to establish medical facilities in a remote mountain community. 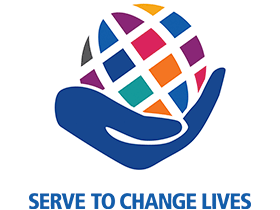